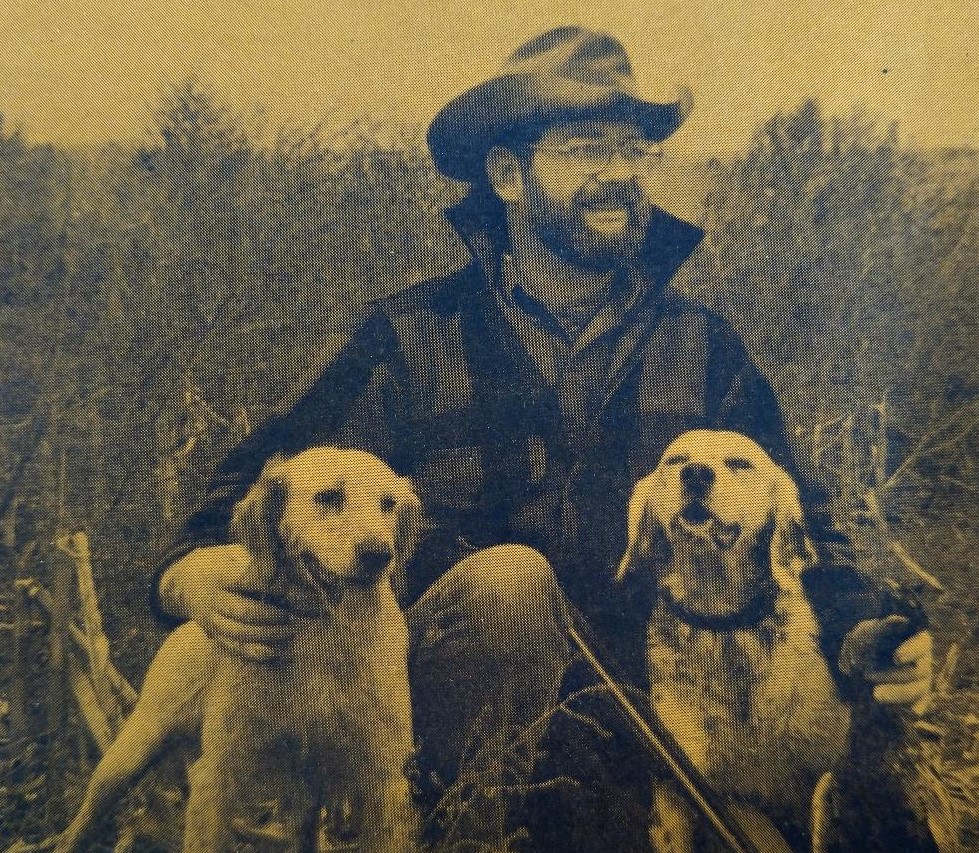 Jim wrote the Burnt Creek method in 1986. Revised one chapter in 1992. He read a lot of books, trained dogs, raised dogs, field trialed, raised some more dogs and hunted here – and – there around the country, He got a cauliflower ear from listening to people and their dog troubles and hunting stories. Long after he retired due to health complications, he would still give training advice to anyone that would call with a dog problem.

Jim began professional dog training in the early 1970s. After acquiring a dog named Jesse James, Jim devoted his life to the English Setter breed and revolutionized the training of them. Together with Dick Keller, they built Burnt Creek Setters near Baldwin. Success came with the Double Champion Jetrain, RU-Ch

“I was also bothered by several aspects of the traditional training ways, ones that seemed to encourage dogs to pick up bad habits from the beginning, bad habits that had to be trained back out of them later—creating major chances for even greater errors.  I thought: “Why not bring the new puppy along step-by-step, teaching him to do things right—right from the beginning? Why not build him like the foundation of a fine house—a-building-block-at-a-time? You know: one-two-three.”